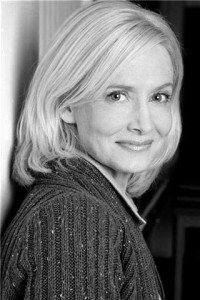 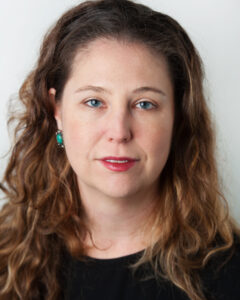 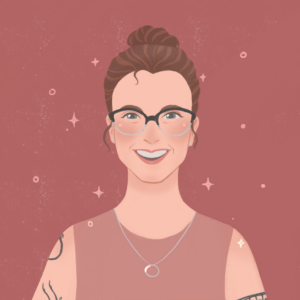 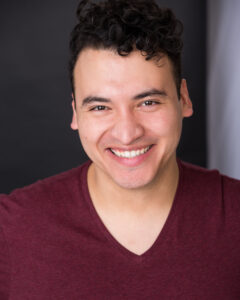 In a playwriting camp I taught, a fourth grader once wrote: “One’s a pond of time.” Identity is a construction of how we see ourselves and how others see us, and it is largely a fictional narrative we create to impose order on chaos. Having been asked to construct just such a thing, I can tell you about some of the things that make up my pond. I grew up mostly in Louisville, Kentucky, the oldest of three girls. Although I am constantly asked if my last name is Hawaiian, it is Hungarian but I know little to nothing about Hungary. I knew I wanted to make theatre from the time I was very small and entirely on my own organized an application and audition for a performing arts high school in search of both a place to make theatre and a place that had room for a nerdy, weird kid who liked to play pretend and wanted the world to be more just. After being accepted as an Acting major, we all quickly realized this was a mistake. But fortunately, they also had a voluntary playwriting and directing class led by one of the greatest teachers I have ever had and I found a voice there. Since then, I have moved from one red flyover state to another in pursuit of my education and career, ending up in Utah a place I never predicted living. I am obsessed with new works from under represented voices, wild theatricality, and coffee. I have no personal concept of gender. I am responsible for seven non-human animals and one human 13-year-old.

BA- Butler U, MA- Washington University in St. Louis, PhD- The University of Texas at Austin

This personal identity statement is hard for me to write–I’m pretty introverted and I don’t love talking about myself. I lived on the East coast for most of my life; now I live here and I always miss fall. I grew up on college campuses; I now teach at a community college where most of my students are first generation or nontraditional college students, and I’m reminded every day of what a huge privilege it was to be exposed to academia at such a young age. I started acting in high school, started writing plays and doing fight choreography in college, and got my MFA so that I could teach at the college level. I’m most interested now, in both theatre and education, in making space for other, less represented people to tell their stories or see themselves on stage. Both theatre and education have the potential to make us better humans, though both can and have been used to do the opposite–and my goal always is to help myself and others grow, however incrementally, through these two practices. As a person outside of theatre, reading is my major hobby, and you can find me watching anime in the mornings, listening to vintage soul and jazz records, and playing with my big, dumb dog. 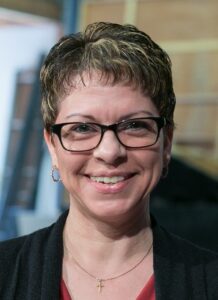 My mom’s parents moved from Puerto Rico to the mainland in the 30s, and my mom was born in TX. The whole reason my grandfather moved to St. Louis was to become a pastor and start a Spanish language ministry in the Lutheran church. My dad, an immigrant from Denmark, also became a pastor. With this upbringing, my Christian faith is a big part of who I am. I also deal with the mental health issue of anxiety disorder. I see it as incredibly important to break the stigma of mentioning it, and try to remind all those with mental health issues that you are not alone. My identity as a theatre artist also defines me. I gravitate towards contemporary realism, farce, Theatre for Young Audiences, and musical theatre. More recently, I have found the joy of playwriting. The biggest thing I want to accomplish with my art is to encourage people to have empathy with & for one another, to foster compassion, to listen to one another, and to seek to understand & love all people.

MFA in Playwriting from Spalding University, MA in Theatre from the University of Illinois, Chicago

I was memorizing Shakespeare FOR FUN at age 12. That was the kind of nerd I was… and, let’s face it, still am.  That’s when I started acting and I have known, since I stepped out on that stage opening night as Miss Hannigan in Annie, that I wanted a life in the theatre.  I never thought I could be more passionate about anything than acting, but in graduate school, I walked into my first classroom as an instructor and found my true calling.  I’ve performed in and directed theatre in Chicago and Southern California for 20 years, I was Education Director for a Children’s Theatre Academy in Lake Forest, IL and I have taught theater at 15 different colleges.  Particular artistic passions of mine include voice and movement for the actor, Theater for Youth, surrealist plays, and everything involving Shakespeare.  I’m also a dog enthusiast, my giraffe collection is a thing of legend, I’m a hiking junkie,  and I believe that travel is the greatest gift we can give ourselves.

KCACTF came into my life as an undergrad at CSU Fullerton when I competed as an Irene Ryan competitor and partner. It was such a fulfilling and valuable experience that, when I became an educator, I continued to coach and respond for Region 3. Then during the interview for my position at Mt. SAC, I specifically asked if I could bring their theater program into KCACTF if I was hired.  And that is exactly what I did.  I’m also proud to have recently joined the Orange County Theater Guild’s Equity and Diversity Committee so I can fight for a more inclusive and welcoming space for all artists in our theater community. A worthy fight, indeed. 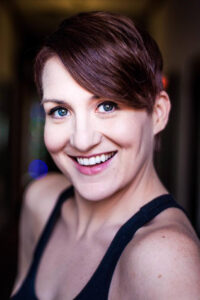 I am an empath and an animal lover. I grew up in Houston, Texas, and studied Musical Theatre. While in undergrad, I attended KCACTF every year and was even honored to perform at the Kennedy Center in DC in our production of “The Laramie Project”. It was a magical experience attending those festivals and being surrounded by fellow theatre-artists!  I even had the opportunity to stage-manage a new play! After earning my Bachelor’s degree, I moved to NYC and lived there for 10 years while pursuing my career as a performer, director, and choreographer. I always knew I wanted to be an educator, but was uncertain about which grade/age group I would love working with most. While in NY, I taught all ages and realized that college was my niche. I then got my Master’s in Educational Theatre for Colleges and Communities at NYU, which then led me to move to California to get another Master’s degree, this time at CSU Fullerton for Directing. I recently got married during a pandemic, and own two cats. I am a believer in teaching lessons in being a compassionate, empathetic, and inclusive human. You never know someone else’s story. 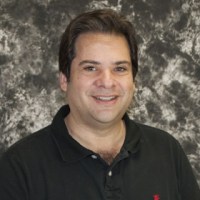 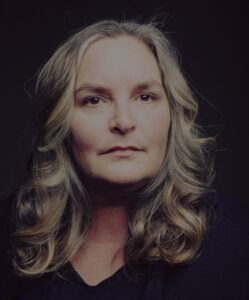 Originally from California’s Central Valley, Carin is an Assistant Professor of Acting and Directing in the Theatre Department at CSU Stanislaus, where she teaches all levels of Acting, Directing and Introductory courses, in addition to directing in the production program.

She has a BA in Drama from CSU Stanislaus, and received her graduate acting training from the Theatre School at DePaul University, where she studied the acting method of Jerzey Grotowski and the Linklater vocal method. Overseas, she studied at Richmond College in London, focusing on British Theatre Studies, Shakespeare’s tragedies and the history of the West End Musical. She earned her Master of Fine Arts in Theatre, with a concentration in Performance and Directing, from Humboldt State University. Her graduate projects included plays by Sam Shepard and Shakespeare, as well as adaptations of classical Greek Drama. Her Master’s thesis focused on female characters in abusive and violent circumstances.

Carin has worked in theatre locally and far away for about 25 years. Some favorite gigs include the London International Festival of Theatre, where she worked in production and marketing for international directors such as Deborah Warner as well as South Africa’s Market Theatre, and a stint at Portland Stage Company, where she worked as an assistant director, assistant dramaturg and assistant literary manager. Carin has directed and performed at Sonora’s Sierra Repertory Theatre, where she directed original plays for children’s theatre in local elementary and high schools as well as directing on the Fallon House Stage in Columbia State Park. She spent ten-years running the Theatre program at Merced College as well as founding their Standardized Patient program for actors and the Allied Health program.

Carin takes creative interest in the Theatre of the Absurd, the Margolis Method for Actors, the plays of Sam Shepard, Tennessee Williams and Sarah Ruhl, New Works, and, in particular, adapting the works of the Ancient Greeks and William Shakespeare. 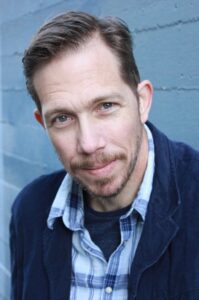 Holding an MFA in Musical Theatre from San Diego State University, Chris is a Professor of Theatre and Cinema at College of the Sequoias in Visalia, CA, where he serves as director, fight choreographer, and scenic designer.  At COS, he has directed Stupid Fucking Bird, Hookman, The Three Musketeers, Macbeth, The Crucible, Bloody Bloody Andrew Jackson, In the Heights, Tartuffe, Animal Farm, Metamorphoses, Company,  A Midsummer Night’s Dream, Julius Caesar, Urinetown: The Musical, The Hobbit, The Grapes of Wrath, As You Like It, Something Wicked This Way Comes, Rashomon, A Funny Thing Happened on the Way to the Forum, Dracula, Our Country’s Good, and Richard III as well as designed the sets for such ambitious productions as The Phantom of the Opera, Sweeney Todd, and The Secret Garden.  In addition to his work at COS, Chris has directed at regional theatres throughout California and designed and built puppets for productions of Avenue Q and Shrek: The Musical.  As an actor, Chris has worked across the nation in such venues as Milwaukee Repertory Theatre, Court Theatre: Chicago, and Lamb’s Players, and even adapted his own one-man production of Dicken’s A Christmas Carol.  He currently resides in Visalia with his wife and best friend, Diane, and their beautiful daughter, Sage. 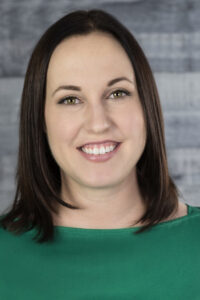 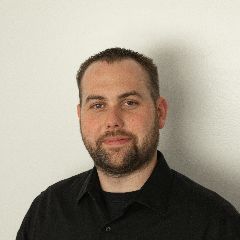 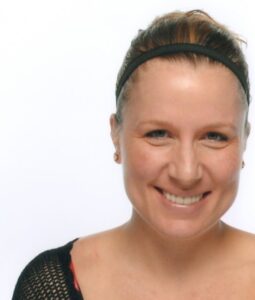 (Prefer: Jess to Jessica. She/Her/Hers) I am a devoted yet somewhat unexceptional performer, an intense and driven director and stage combat choreographer, and a brutally pragmatic theatre administrator and educator with bouts of devil-may-care whimsy. A gen-x-er born in Georgia, raised in Vermont, that  lived 20 years in Alaska and now resides in Hawai’i with 30 years of arts admin experience to date, I am a continual work in progress with a foundational desire to champion the arts, creativity, innovation, performer safety, and representation.